Staff Student Welfare & Students’ Council Committee took an initiative for an eco-friendly campus in which two activities were performed. One of which was “ PLANTING A TREE”  by 1st year students and followed by “COLLECTING DRY WASTE” from the campus by the staff and students. Awareness for Voting in LokSabha Elections 2019 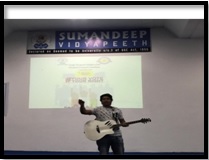 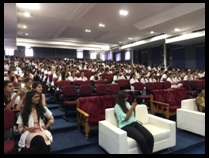 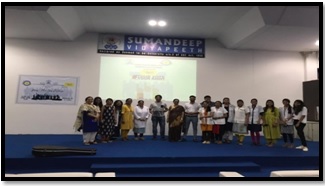 On the occasion of International Women’s Day – Staff Student Welfare & Students’ Council Committee as a welfare initiative installed Cannon Hygiene Kit in all the girls hostels of the Sumandeep Vidyapeeth Campus. 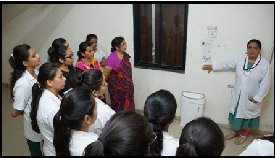 In the Deep 2019 we had several day events and 2 night events. The reports of each event are mentioned below:

Event Details- Parade started from the University Building with the torch followed by assembly in the amphitheatre. The event began by the posting of the Respective college flags by the Council Presidents along with their HOI’s. Next, the security started the march past which was followed by unflaring of University flag with Sumandeep Song. Thereafter cake cutting celebration took place after which speech was given by Dr. Mansukh Sir and Chancellor Sir. This was followed by price distribution for the achievements by the faculty members and students. After which Dr. Dixit Shah Sir spoke a few words of wisdom. The event ended by vote of thanks and national anthem.

“63 blinds and 7 navigators”- this was the situation on the ground at the strating time. Total of 7 teams of all the 7  colleges, one from each respectively were waiting eagerly to tap at the finish line to win the knock out round. The game had simple rules. 1 team of ten players out of the first 9 members were blindfolded and the last person had to navigate the way to reach the finish line by tapping on the players shoulders.

By this the teams of college of physiotherapy and SBKS MC won the knockout round and procedded to the final round which had the twist of collecting the 10 cones in a row with same rules as that of the previous round. The game was real fun. It became intense as both the teams were equally successful in collecting the randomly arranged cones but college of physiotherapy won lastly as they were little quick. Eveyone had fun playing and watching and the event ended well. In “DEEP”, there are many sports events which are played by college students which even included “TUG OF WAR”. There were total 8 teams (9 players:-5 girls+4 boys) registerted from each college for this event.

The whole event was organized by “SUMANDEEP STUDENT COUNCIL”. The faculty members also participated and it was real fun to watch. 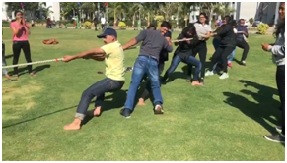 Students of Department of Management had organised “CAPTURE THE FLAG” game. This game was conducted on 18th of January in the  cricket stadium from 11a.m to 2p.m. Four entries were received all over from Pharmacy, Paramedical, MBBS and Physiotherapy. 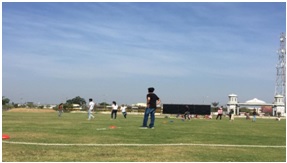 On the second day i.e 18th Jan, 2019, of the University fest DEEP 2019, we had celebrated the “YOUTH DAY” which was organised by K.M.Shah Dental College and Hospital. On this auspicious day, we had amongst us Swami Ishtamayanandaji  who is the secretary of The Ramkrishna mission and Vivekanand Memorial, Vadodara. He delivered a guest lecture on ‘Messages from Swami Vivekanand for Youth’.

Students participated in all the events with enthusiasm and excitement. The night events were : Cultural Night and Movie Night. Sumandeep Vidyapeeth’s Campus was lit with beautiful string of lights and decorations for welcoming the goddess.

There was a full celebration of Navratri for 5 nights in which students danced as much as they could and enjoyed the atmosphere of happiness and joy to the fullest.